The Bureau of Silly Sports

Hailing from the 1950s when good old English competitions were taken seriously, UnderConstruction Theatre bring you The Bureau of Silly Sports. Because ordinary sports stink!

The Bureau of Silly Sports was commissioned by Oxford City Council for Oxford’s Olympic Celebrations and is an interactive game performance which invites audiences to play a programme of very silly games with performers.

BOSS has previously been performed at various festivals and events including Truck, Wilderness, Oxfordshire Play Days and London Bridge Live Arts Festival. The piece is available to hire as part of special events. Email us for more information.

Funded by Oxford City Council and the Arts Council. 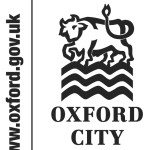 Mummers, Michaelmas and the Empress Matilda

While They’re Away: The Story of a City at War